Diamonds this week go first to Lana Eiden. As Bill O’Boyle reported, the seven-year-old Girl Scout Daisy is asking people to donate new toys for children in need that she, with the help of her mom and others, will distribute to area children in need for Christmas.

Lana has placed two large bins in the lobby of the Larksville Borough Municipal Building for donors to drop off the toys. After a first week of zero donations, the project has turned around, making Lana very happy.

Donated toys will be accepted through Sunday, Dec. 13. Donors can contact Lana and her family at 570-852-1663 to make arrangements.

Coal, oh so much coal, to Texas for its shameful effort to overturn presidential election results in four states won by Joe Biden, including Pennsylvania, simply because GOP leaders there don’t like the outcome.

The lawsuit from the Texas attorney general, Republican Ken Paxton, demanded that the 62 total Electoral College votes in Georgia, Michigan, Pennsylvania and Wisconsin be invalidated. That would be enough, if switched, to swing the election to Trump.

Except there’s no evidence to support the suit’s allegations. Federal judges, some appointed by Donald Trump himself, have been over this several times now.

As the Associated Press reported: “Paxton’s suit repeats a litany of false, disproven and unsupported allegations about mail-in ballots and voting in the four battleground states, including arguments already dismissed by courts.”

The Supreme Court on Friday rejected that suit.

They really do everything bigger in Texas, and trying to rob millions of American citizens in four states of their lawful votes is a pretty big attempt at election fraud that proved to be a big failure.

Diamonds to PAK Pediatrics, for setting up PAK Provisions, a food pantry right in their office to provide on-going support within the community for those families with food insecurity.

“We thought this would be a great way to help people and keep them healthy by providing fresh food right in their doctor’s office,” said Jeffery Kile, MD, owner and pediatrician of PAK Pediatrics.

“It helps strengthen true medical home. The goal is to improve the health and well-being of children and their families right in our community.”

We salute their effort to help families and children in need at this difficult time. For more information please visit pakpeds.com/resources/food-dignity or call 570-288-6543.

Diamonds to Court Appointed Special Advocates of Luzerne County and its nine newest volunteers, who were sworn in this week.

Volunteers for CASA act as advocates for children who are currently in the county foster care system, helping them work through the legal process and help them find a permanent home.

While COVID-19 has changed many things, it certainly did not reduce the needs of those children.

“It would’ve been easy for every one of you to say, ‘I’ll pass; I’ll wait until COVID is over,’” Luzerne County Judge Jennifer L. Rogers told the volunteers during their swearing-in via a Zoom teleconference.

“But your heart told you otherwise; your heart brought you here and your heart will keep you here.”

A beautiful and true sentiment. We wish these new volunteers and everyone connected with the foster care system all the best as they work to serve children who so desperately need advocates. 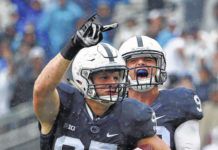 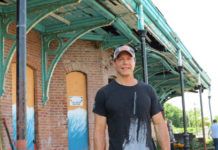 My Corner, Your Corner: Keep new restrictions in perspective