By Tony Callaio For Sunday Dispatch

PITTSTON — The ever-festive downtown Pittston went silent last year while in the midst of a pandemic, but with COVID numbers improving by the day, city officials feel it is time to get back to the business of hosting great events once again.

With that said, most events of the past will proceed in the summer of 2021, but with caution. Even though officials are proceeding forward, they realize protocol could change.

Mary Kroptavich, Pittston’s Main Street manager, is looking forwarding to getting back on schedule with a series of events this summer.

“We’re coming off COVID and it’s been very hard for everyone,” Kroptavich said. “We’re excited to move forward with the Tomato Festival and the art walks and also excited the City of Pittston and council are allow the Downtown Pittston Partnership to have these events.”

The Slope Amphitheater is scheduled to host a few concerts as well as movie night throughout the summer starting with a Burn the Jukebox concert on Friday, June 4, at 7 p.m., with a Van Halen tribute band tentatively scheduled.

Movie night, also free to the public, begins on June 19 with a feature starring Robert Redford in one of his classic movies from 1974.

Kroptavich said the license agreement prohibits the publicized names of the movies but if you go to the Downtown Pittston Partnership website (www.downtownpittston.com), you’ll be able to see the list of all ten movies throughout the summer concluding on Oct. 2 with a 1998 remake of an original Alfred Hitchcock movie from 1960 set at the Bates Hotel.

The highly successful 2nd Friday Art Walks will continue as well with the conclusion in October. The art walks are from 5 to 9 p.m. with entertainment in two locations.

Pittston was once known for its sidewalk sales with so many merchants downtown. City officials would love to bring the sidewalk sales back, and you will see the first one of the season in June.

“We are looking at Saturday, June 26, for a huge Sidewalk Sale at downtown,” Kroptavich added. “We would love to see more consumers shop at our stores downtown and one way of accomplishing this is by having a sidewalk sale.”

The Farmer’s Market is scheduled to return for another season at the usual location of the Tomato Festival lower lot every Tuesday from 9 a.m. to 2 p.m. beginning on July 6 until Nov. 23. The market is always a rain-or-shine event featuring local farmers.

The first attempt at holding an event on the Firefighter’s Memorial Bridge will take place on Thursday evening, July 15, called Restaurant on the River. The concept is new and the inaugural event will be an upscale dinner featuring food from both Rikasa Restaurant, Pittston, and Grico’s Restaurant, Exeter, both eateries owned by Rob Friedman.

According to Kroptavich, the event has been sold out, which is encouraging, leading to other events on the bridge in 2022.

The event will feature local-licensed beer crafters and winemakers. There will be a $15 charge to get a wristband for entrance. Beverage purchases will be held to a $5 minimum. There will be entertainment provided and announced closer to the date. Merchandise will also be available for purchase. Food trucks will be on site as well.

What would the unofficial end of summer in Pittston, before schools open, be without closing it out with the Tomato Festival?

“With the President Biden changing the mask restrictions to those that are vaccinated, that completely changed our attitude on moving forward with the festival,” Kroptavich said. “We will always be aware of changes in CDC guidelines, but it looks like we can have a full-on event minus the tomato fights, that we will not hold that this year.”

There will be two Pittston City Community Cookouts scheduled, at Sullivan Park on Sept. 4 starting at noon, and Albert West Park on Saturday, Sep. 25, at 4 p.m.

“We are trying to get back to the grassroots when people knew their neighbors,” Kroptavich said. “It’s a block party of sorts.”

The Community Cookout is a collaborative effort between the Downtown Pittston Partnership, Community Development, and the City of Pittston.

There will be hamburgers, hot dogs, chips, beverages, live music and games, free of charge. 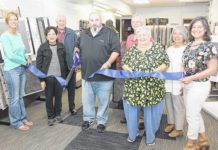 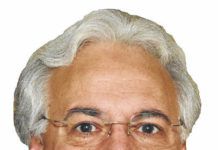 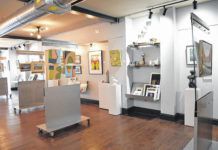