Board members wanted to switch to postal-style boxes for the Nov. 2 general election because they are too heavy and bulky to steal.

In the May primary, the county had provided three counter-top mail ballot drop boxes at the Pittston Memorial Library and Hazleton and Nanticoke city halls in addition to one previously available at the county’s Penn Place building in downtown Wilkes-Barre.

The plan is to keep the Penn Place box as is and set up the four new boxes inside buildings with security cameras. The board plans to approve the locations at its Sept. 29 meeting.

Morgan suggested the same Pittston library and Hazleton City Hall locations to cover the north and south and said he is still studying handicap-accessible sites that meet the county’s security requirements in the Mountain Top and Back Mountain areas.

County Republican Party Chairman Justin Behrens and county Councilman Walter Griffith raised concerns about ballot drop boxes, including the potential for voters to illegally drop off multiple mail ballots instead of only their own.

Board Chairwoman Denise Williams confirmed with Morgan Wednesday that his bureau will place notices on or near the boxes warning voters activity at the boxes is being recorded and that they cannot deposit ballots for others. However, there is an exception because disabled voters can complete and sign an official government form designating a third party to deliver the ballot on their behalf.

A formal written policy on retrieving and transporting the ballots and securing the drop boxes also has been implemented by the election bureau.

“We are not interested in providing an opportunity for people to do anything wrong,” Morgan said.

The bureau originally planned to purchase the new boxes from a North Carolina company for $8,260 plus $770 for shipping. However, Morgan told the board Wednesday he had to select a different supplier to ensure they would be delivered by the end of the month.

Instead, the boxes were ordered from Omaha, Nebraska-based American Security Cabinets for $12,848, including shipping, Morgan said. These boxes are stainless steel and weigh 180 pounds each, he said.

The board voted last month to start mandating poll worker training in 2022 to address concerns some of those manning the county’s 186 polling places on election day are not educated on procedures and responsibilities.

Starting with next year’s primary, first-time poll workers won’t be permitted to work unless they attend a training, and all poll workers must attend at least one training annually, the board had decided.

Williams said Wednesday she compiled a report on poll worker training participation before this year’s May primary, and the results “concerned” her.

Some of the specifics of those attending training, according to Williams: 83 of 184 judges of elections; 48 of 169 majority inspectors; 33 of 158 minority inspectors; and 57 of 204 machine operators.

The total of 836 does not include 60 constables, and one constable opted to attend training, she said.

For the Nov. 2 general, Morgan said the bureau plans to hold four weeks of training starting the end of the month with day, evening and weekend options.

Based largely on feedback from recent poll worker focus groups, the training has been revamped to provide a more broad and basic overview for newer workers and a concentration on more tips and best practices for veteran workers with five or more years of experience, Morgan said.

Jennifer Morrell and Noah Praetz, of The Elections Group consulting company, attended the meeting virtually to discuss their experience and ways they may be assisting.

Crocamo announced the hiring of the consultant for $70,000 last month, saying the understaffed bureau needs help in “overseeing a well-run election” on Nov. 2. The election board had agreed to cooperate with the consultant as long as it is yielding improvements.

During public comment, Councilman Stephen J. Urban told election board members Crocamo should not “impede on your powers” by bringing in a consultant.

Election Board member Richard Nardone took issue with this view. County management has the right to hire a consultant, and the election board is free to accept or reject the consultant’s recommendations, Nardone said, adding that he has no issue listening to different perspectives on improving election procedures and operations before making decisions.

“Rest assured, nobody is going to dictate to this board what decisions we make,” Nardone said.

Crocamo said The Elections Group will suggest techniques and practices that have been successful elsewhere, leaving it up to the board and bureau to determine whether changes are made as a result.

Morrell also told the board her company won’t be touching keyboards, ballots or any voting equipment, and they cannot enter any rooms or facilities associated with elections unaccompanied. The company’s team collectively has 133 years of election experience, she said.

Wednesday’s election board meeting was delayed and paused at times due to technical issues related to the virtual component.

Williams was physically at the county courthouse with board member Audrey Serniak, Morgan, one reporter and no audience members. She ended up conducting the meeting through her laptop in the meeting room instead of using microphones and a large viewing screen. 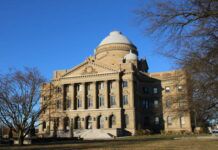 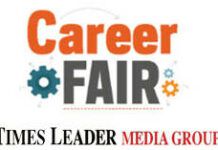