Reaching final certification took time because the election board had to review provisional and flagged mail ballots, tally write-in votes and break tie votes cast in many races. A state-mandated audit also had to be performed, and all counties were ordered to complete a recount in the Commonwealth Court race.

Only a handful of votes were changed as a result of the recount, officials said.

No citizens commented on the certification or election during Wednesday’s noon meeting, which was in-person at the county courthouse in Wilkes-Barre with a remote attendance option.

County Election Board Chairwoman Denise Williams said later she was “in awe” of everyone involved in the entire election process, including poll workers, the election bureau staff and county workers pulled from information technology and other departments to assist.

“It was such a team effort. Nobody grumbled or complained, and they just got in there and worked,” Williams said.

A total 62,120 voters ended up casting ballots, for a 30.69% turnout. Processing this quantity of ballots is tedious work that requires attention to detail and focus, Williams said.

“It is an incredible amount of work, and there are so many incredibly dedicated workers,” Williams said. “I’m grateful as a citizen to all those workers who put in all that time doing all that work.”

Also on Wednesday, the election bureau posted a list of all tie-breaker winners on the bureau page at luzernecounty.org under the “casting of lots” link, Harvey announced.

During Tuesday’s council meeting, Councilman Walter Griffith commended the board and staff for their swift and thorough handling of the recount, which he personally witnessed as a Republican party observer.

“In the past I was pretty critical of the election board and staff, but the process went very, very well,” Griffith said, crediting the board for making election integrity a top priority. 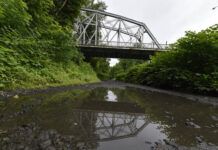 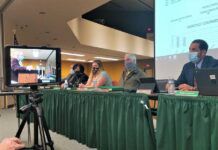 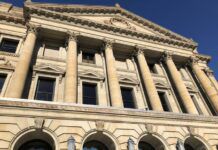