By Tony Callaio My Corner, Your Corner 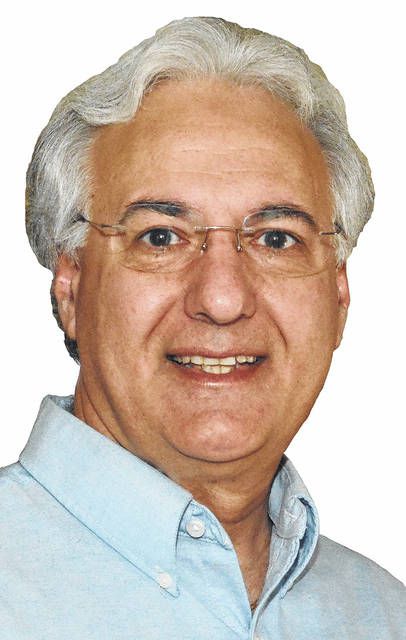 Another big event took place this past week, putting another notch in the belt of the City of Pittston.

Restaurant on the Bridge, a concept taken out of the pages of Paris, France, where Parisians would hold an event in the streets of Paris. In this case, it was the bridge that connects West Pittston with Pittston.

The Firefighter’s Memorial Bridge was the site of the new event and it was so successful, look for other events in the future.

The inaugural event was $150 per person, and some may say that was a steep price tag, but you did get a four-course meal, top shelf liquor, wine and beer, and entertainment lead by Richie Kossuth’s trio, Reel in the Years.

Keep in mind it was a fundraiser where proceeds went to the Downtown Pittston Partnership for future events.

Personally, I think it’s a novel idea and not all ideas come from the minds of government workers. According to Mary Kroptavich, the city’s Main Street manager, two years ago a resident mentioned the idea of having an event in the streets of Pittston like they do in Paris.

I give it to Pittston City officials for keeping an open mind on the idea and running with it. I think Pittston City’s Mayor Lombardo would agree, a good idea is a good idea no matter where it comes from and to run with the idea is admirable.

Restaurant on the River was blessed with great weather, considering all the rain we’ve had lately. It was a warm, sunny day and moonlit evening with soothing temperatures making conditions just right for the event.

The effort by Pittston administrators and facility staff was extraordinary when it came time to turn a bridge into an outdoor restaurant.

According to Mayor Lombardo, the Luzerne County owned bridge had to be cleared for traffic by midnight at the latest.

Dozens of table, a few hundred chairs, bar, tent that housed the temporary kitchen, ice machine, propane tanks, torches that lined the bridge and all litter had to be collected and moved out. Needless to say, it was a long day for both restaurant workers and Pittston City staff.

The event was covered by all local media, including yours truly, filing an article and photos for the Times Leader for Friday and today’s Sunday Dispatch.

Lombardo and his staff have the market cornered on getting attention focused on Pittston City.

The city, an ever-ongoing work in progress that has accomplished so much in improvements, is still not to where Mayor Lombardo would like to be.

The huge streetscaping project going from the Kridlo Bridge to the Duryea line has yet to begin. The demolition of Pittston Lumber has not started. Fort Pittston School is still on the books to create new housing in the city.

The Markdata project has several months to be completed. The new Canteen restaurant project has gotten underway and that will bring another eatery to the downtown.

There are so many projects that will systematically begin over the next 12 months with it feasible or financially ready to start.

Mayor Lombardo even has projects in the back of his mind that could start after 2022 going into 2023.

The main thing is, the city is rolling and moving forward, and as long as city administrators, along with the mayor, can still bring in necessary funds to get those projects off the ground, there will be continued progress.

With all the improvements going on in the City of Pittston, I would like to think that other local municipalities would catch on and take a page from Pittston’s notebook.

Yes, granted, Pittston is a third class city and does qualify for more funds than a borough can, but it would be great if some of the surrounding towns can put together some infrastructure projects of their own.

The City of Pittston has become a poster child for municipality restructuring and revitalization to the point where city officials come to Pittston, tour the city and meet with the mayor and his staff on how their municipality could cash in on some of the fundraising tactics by the city.

We always talk about how much pride we have in our area, but sometimes I think we swallow our pride, and instead of reaching out for advice or help, we think we don’t need it and in the end, not much gets done.

I would love to see a meeting of Greater Pittston municipalities to have a summit of sorts on how we, as a community, can improve and share ideas and pick each other’s brain on how to make it happen.

If all the municipalities that make up the Greater Pittston can join forces and meet regularly, we can get a lot of things done.

There’s nothing wrong with thinking out of the box. Pittston is a perfect example of that. Perhaps we need a bit more of that and to move away from “business as usual.”

Change is a very good thing.

Quote of the week

“I think it’s great to be flawed. I’m hugely flawed, and I like it that way. That’s the fun of life. You fall, get up, make mistakes, learn from them, be human and be you.” – Priyanka Chopra

Thoughts of the week

“If you’re doing something outside of dominant culture, there’s not an easy place for you. You will have to do it yourself.” – Ava Duvernay

“Mistakes are a fact of life. It is the response of the error that counts.” – Nikki Giovanni 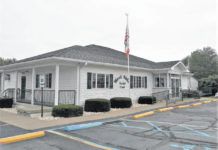 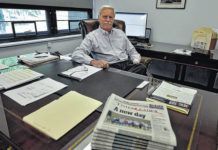 Murray bids farewell to TL, and a lengthy career 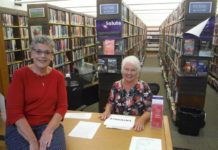 Friends of Osterhout sale will open on Monday